The game settings to be used is "Fleet Race - Complete (Auto)" which enables the in-game umpire to give penalties to the boats.

The game uses an older version of ISAF RRS addressing in-game penalties. The penalties given by the VSK umpire is only an indication that a boat may have broken a rule, but not necessarily the right boat or the right rule. World Sailing's RRS 2021-2024 applies for the event, with some exceptions and amendments due to the fact that the races are run in a simulator.

2.1 Part of the boat is hull, mast and fixed bowsprit only.

2.3 All penalties include one tack and one gybe.

2.4 Information derived from the VSK umpire shall be regarded as correct with regards to

b) lack of luffing rights, and

c) overlap status at zone entry, except when two boats are overlapped indirectly through a third boat.

2.5 Each boat will be judged based on their own replays, if available. In addition, if VSK gives a penalty for a

rule that requires contact (11, 12, 15, 16.1 and 18), then it will be considered as contact even if a replay shows that there was no contact, except if there was extraordinary lag involved.

2.6 A boat requesting room to tack according to rule 20 can write "RTT" or "Room to tack" in game chat.

ii.  the obstruction is a boat sailing on starboard tack on a beat to windward, and she is not ahead of the

iii. the obstruction is a starboard boat fetching the mark.

tacking as soon as possible, or if she is able to, wait until the hailing boat begins her tacking manoeuvre

and then giving the hailing boat room to tack and avoid her.

2.11 A boat cannot be penalized under rule 14 if she has right of way or is entitled to room when contact

2.13 Sails must have adequate transparency. Nadeo skins will not be accepted.

2.14 A boat with lag problems may be excluded from a race.

2.15 The host is allowed to restart a race before 1 min to start.

"Cheating" A boat must compete using only standard settings of the game. All software and/or hardware tricks and devices that changes the speed and/or manoeuvering of the boat are considered and sanctioned as not allowed propulsion devices.

E.g. To use "AutoHotkey" or other tool to make scripts that enhance the boat's performance is considered cheating and therefore a violation of rule 2.

(e) help from another member of her team.

3.1.1 A list of all Penalty Cancel Requests, Manual Protests and Redress Requests will be published in the

CET/CEST the day after the race day.

3.1.3 All valid Explanations, Manual Protests and Redress Requests will be examined by the PC after the

3.1.4 Explanation and Manual Protest are NOT to be made in the same submission.

3.1.5 Since a Penalty Cancel Request actually concerns a penalty, albeit the penalty is given by the VSK

umpire, the PC will look at the whole situation and may disqualify any boat involved which has broken a rule. A separate protest hail in the chat or in the Forum after the races is not necessary in these cases.

3.1.6 The PC willl use the replay of the boat examined for breaking a rule as the primary source of

information. Sending in a replay is mandatory for the boat filing the case. Other boats involved in the situation may upload their replays as well, if they believe it will make a difference (see instruction 2.5).

Video from "Bandicam" or similar tool may be used to gather more information.

3.1.7 Submissions to the PC has to follow the instructions in this document.

3.2.1 Boats may request cancellation of a penalty.

regardless whether by intent or by mistake, will be disqualified. That boat should leave the race immediately or it will be kicked by the host.

3.2.3 A boat making a cancellation request MUST submit an "Explanation". If no explanation is received

within the time limit, the boat will be disqualified and the PC will not examine the situation.

3.3.1 Boats that come to the pre-start in order to participate in a race, may at any time during a race

protest against another boat in the race by writing "P Boat Name" (*) in the game chat. (*) Boat name may be shortened to something that gives a unique identification of the protested boat.

3.3.2 A Manual Protest submission MUST include a Print Screen as evidence of protest.

3.3.3 A boat that has been protested may write a defence. The reply must be submitted within 24 hours

after the protest is published in the Forum.

3.4 Protest on a boat that has taken a VSK Penalty

A penalty from VSK shall be considered as a valid hail for protest from the boat that "gave the penalty". This means that this boat can file a protest after the race, if the penalty was not taken correctly, or if the penalty should have been different than a one-turn penalty.

3.5.1 If a submission asking for redress is received, or if the PC itself finds that a rule has been broken, a

redress may be given in the following situations, in addition to those listed in RRS 62.1:

a) If a Pen Cancel Request is refused or not answered.

b) If a boat is badly affected by another boat's "ghost". I.e a boat which has already disconnected.

c) If a boat is compelled to touch a mark, and receives a penalty from the VSK umpire for breaking rule 31, which cannot be cancelled.

d) If a boat is disconnected from the race, redress shall be given as the worst result a boat and team under normal circumstances could have scored. If a boat disconnects before the 1st mark, her redress will be points as if she finished at the place behind all the remaining boats in the race.

e) If a boat is significantly slowed down, stopped or starts to sail backwards due to

- a collision with another boat obliged to keep clear or give room, or

- being luffed to a broach while the other boat was breaking a rule,

it must be considered that the boat is physically damaged as described in RRS 62.1 (b).

f) If a boat breaks a rule just before or after finishing, and is not able to take a penalty turn, because VSK has classified her as finished, she is entitled to redress if she admits breaking a rule within 24 hours after the protest or cancellation explanation is posted.

3.6.1 At any time during a race or after the race, a boat participating in the same race or the PC can protest

SPORTSMANSHIP AND THE RULES

Competitors in the sport of sailing are governed by a body of rules that they are expected to follow and enforce. A fundamental principle of sportsmanship is that when competitors break a rule they will promptly take a penalty, which may be to retire.

A boat and her owner shall compete in compliance with recognized principles of sportsmanship and fair play. A boat may be penalized under this rule only if it is clearly established that these principles have been violated. The penalty shall be either disqualification or disqualification that is not excludable..."

This rule regulates fair, honest and sportive sailing, which can basically be divided into 3 parts:

- You should not deliberately break a rule.

- If you know you have broken a rule (or should have known...) you should voluntarily take a penalty.

- Choose your words carefully when using the chat. Foul language is not accepted. Insults directed at a particular skipper are shown to everybody racing or watching the race...

Thus: If you have deliberately broken a rule, not volunteered to take a penalty when you clearly should have or have abused the race chat, then you may have broken Rule 2.

3.7.1 A PC member will NOT take part in cases or decisions involving him-/herself or a team member.

3.7.2 The protest decisions will be published in the Forum when the PC has evaluated all cases. 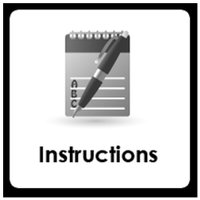 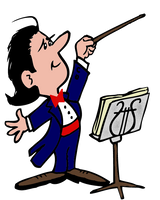 Want to know more about rules? 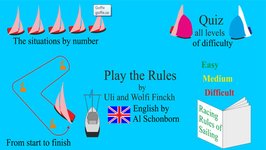 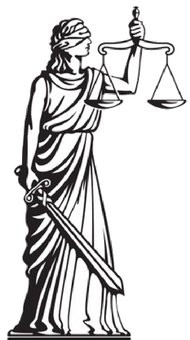